The simple question asks more from its recipient than the asker knows.

I want to give a straight answer, but it's yes and no.

I know what they're asking. Do you really believe all that? Do you pray and read the Bible and practice that religious stuff?

Yes, I really do believe in God, pray to him, and read his word. But at the same time, no--I strive not to be religious in the Biblical connotation of the word.

Because when I hear that question, I'm reminded of how Jesus talked about religion.

During his time on Earth, the primary targets of Jesus' criticism were the religious leaders of his day.

Why? They manipulated God's law to control people for their own selfish gain. They commanded people to observe burdensome religious traditions, not to point anyone to God, but to benefit themselves.1 They used their positions of status to exclude others from God's love.

Do you know who killed Jesus?

Maybe you're familiar with the story and know Pontius Pilate was the Roman official who ordered the execution, but who forced the governor's hand?

Chief priests and Pharisees. In other words, Jewish religious leaders.

Do you know what Jesus was? A Jew.

The people who were supposed to teach God's word were the same people who demanded he be executed.

Jesus disturbed the status quo. He threatened their power. They did not like that.

Crowds of religious people rallied for their king's crucifixion. If Jesus walked the Earth today, I wonder how many people who claim to know him would want him dead.

Although the word Christian means Christ-like one, I've learned not every Christian is like Christ. (I don't exclude myself from that statement.)

Religion as a Weapon

Manipulation stems from fear. There is no need to manipulate a situation you do not fear the outcome of. I think that's why the Bible talks so much about letting go of our perceived control and surrendering all outcomes to God.

When, as Christians, we fail to truly surrender our lives to God, we seek to control anyone who threatens our security, and humans were not made to control one another. Lead each other? Yes. Serve each other? Of course. Control each other? Never ends well.

Operating from a lack of trust in God, well-meaning people can start abusing the Bible as a tool for behavior modification. When this happens, the book of life becomes a heavy burden, weighing down anyone it is forced upon.

Hozier's lyric, "I'll tell you my sins so you can sharpen your knife," sums up a tragically common sentiment toward the church.2 Sadly, it is not without basis.

Live "right" or else... Guilt is their hammer. Shame is their scalpel.

I don't think it was ever God's desire for his word to be used as a weapon to keep people in line. He gave us free will for a reason.

If "proper behavior" was his greatest concern for our lives, he could have forced his rule upon us as he wished, yet he did not. It is arrogant of anyone, especially religious people, to abuse the authority of God's word in a way he himself refused to.

Jesus is bigger than religion.

Through Jesus, God seeks to draw all people to himself.

Perhaps the most famous verse in the Bible, John 3:16, begins, "For God so loved the world..."

His love is meant to cover everyone--Gentile and Jew, pagan and believer, atheist and Christian.

Religion can be (and often is) used to exclude people from God's grace. It is sad. It isn't what Jesus taught.

Jesus did not lay his life down so Christians could be right. He did it so we could become love.

I used to think the word "yoke" was the same as "yolk."

The passage where Jesus says "my yoke is easy" made no sense for a long time.3 Is he drawing an analogy to breakfast?

When Jesus spoke that famous line, "For my yoke is easy and my burden is light,” he was speaking to an agrarian society. His audience consisted of people who knew about farming, personally or culturally, so they knew what a yoke was.

A yoke is a wooden beam connected to a harness-like contraption that is placed on the necks of two oxen. It attaches to some kind of plow or cart for the animals to pull.

The problem with self-righteous religion is that it places hard yokes and lays heavy burdens on peoples' shoulders without teaching them how to carry such burdens.

It is judgment. It is legalism. It is the hard yoke.

He railed against religious leaders for telling people to act a certain way when they themselves did not. In a word, hypocrisy.

Jesus preached a different message: come as you are.

Take my easy yoke upon you. My love for you has nothing to do with your behavior. There is nothing you can do to make me love you less. And if you let me dwell with you, I will heal you from the wounds this world cannot. Those insecurities, heartaches, and stains that repulse you--I will wash them.

Jesus took those who were rejected by religion because they weren't good or clean or presentable enough, and he called them blessed. He called them his.

“Come to me, all you who are weary and burdened, and I will give you rest. Take my yoke upon you and learn from me, for I am gentle and humble in heart, and you will find rest for your souls. For my yoke is easy and my burden is light.”

The way of Jesus is not a life of oppression, suppression, or control. It is an invitation to walk alongside him and learn how to carry the weight of existence.

Jesus didn't promise a life without struggle. But if you let him, he will teach you to carry life in such a way that you will have peace, love, and joy even amidst the storm.

When life feels unbearably heavy, he promises rest for your soul.

"You are the least religious person that I know." - Meet Your Maker

Get new articles in your inbox.

An idea that changed my life

Their tradeoffs don't have to be yours 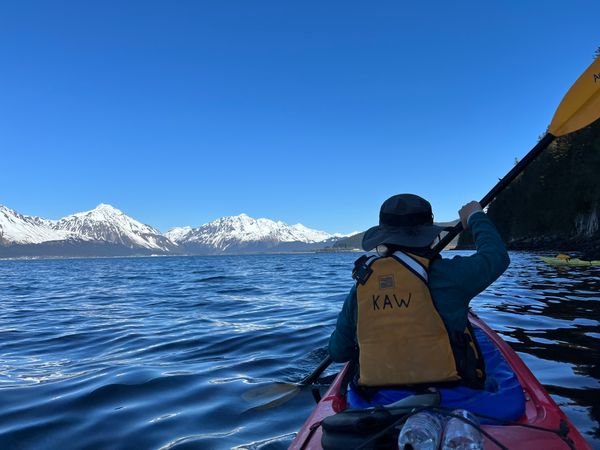 In this year's birthday post, I wanted to reflect on the mistakes I want to avoid in the next two decades.